Bowls Wiltshire is delighted to announce that the following members have been selected for the Mens England International trials to be held at Norgren BC, Warwickshire, on the 26th/27th May. 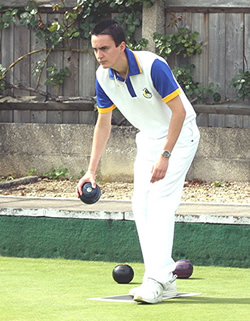 Michael and Wayne, who both impressed at the 2011 National Championships in Worthing, after playing key roles in the success of the Wiltshire under 25’s progress in the White Rose Trophy, will be aiming to become the first Wiltshire under 25 players to achieve a full junior International cap since Michael Snell (Wootton Bassett) in 2007. Bowls Wiltshire would like to wish all three players every success on the day.