Holt have won the Wiltshire Mens Four Rink League title for the first time in their history with an 87-48 win in the final against Spencer Moulton. They had already won Area C with a 100% record after winning all 14 games, including wins against local rivals and eventual finalists Spencer Moulton. Holt then defeated Area B runners-up Wootton Bassett and Area B winners Westlecot in the Quarter-Finals and Semi-Final respectively, ending Westlecot’s amazing run of 10 consecutive finals, in the process.

The win finishes off an excellent season for the club, who also qualified for the quarter-finals of the National Mens Club Two Fours Championship at Worthing, eventually losing out to Ilminster B.C (Somerset) by one shot. 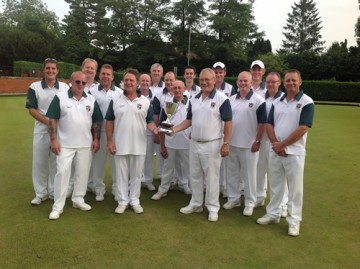