Bowls Wiltshire are proud to announce that at the Bowls England Annual General Meeting in February, two Wiltshire Bowlers were installed in prestigious positions within the National Governing Body for flat green outdoor Bowls in England. 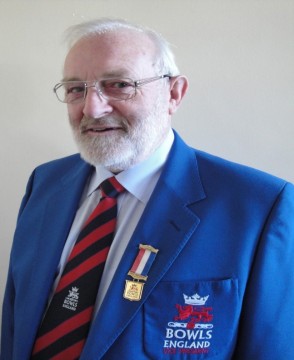 Adie has been deeply involved in playing, organising and administering Bowls over a period of more than twenty years at Club, County and National level, serving Chippenham Town BC, then North Wilts BC as Match Secretary. During that time he was also Chippenham Tourist Club organiser and organised Bowls England President’s internal tours. Adie became Match Secretary of the Wiltshire Bowls Association in 1999, then President of the Wiltshire Bowls Association in 2007.  In 2008, he became Match Secretary the newly unified Bowls Wiltshire and of the Friends of English Bowling, both of which posts he holds to this day.

Adie is especially proud to be National President in 2014, as it coincides with the Centenary of the Wiltshire Bowls Association. Adie commenced his tenure as President by leading a Tour to Spain and Portugal in March. The very busy season ahead will include 32 Bowls England Celebration Matches all over the country, together with attendance at a number of Wiltshire Bowls Association Centenary Events. Adie will be accompanied by his wife Kath – a former winner of the National Mixed Fours, who also now serves Bowls England as a member of their Finance Committee and the Friends of English Bowling as their Treasurer. 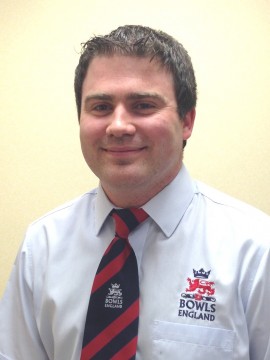 Adam is now a qualified Solicitor and works as a Legal Counsel for a commercial company in Royal Leamington Spa. Throughout his youth, he regularly played indoor and outdoor bowls at club and county level in Wiltshire.In 2011, he took on the management of the outdoor Wiltshire Mens’ Under 25s team, which has since twice reached the national semi-final of the White Rose Trophy, the main competition in which it participates. In 2012, he became a selector for the Wiltshire Middleton Cup team.Adam has also used his German language skills when organising events designed to welcome and integrate international students into the local community.