Today is the day! The sun has risen over Wiltshire on this Solstice morning and the intrepid band of bowlers from Marlborough BC have started their Charity Challenge.

They arrived at Devizes BC well on time at 5.30 this morning and were welcomed by Club President Rosemary Bradbury and a small representative group of Club Officers. The two ends of Pairs were duly played, photos were taken and they were on their way to their second stop in Calne.

The weather is co operating beautifully and, hopefully the traffic situation will do the same , to enable the Challenge to be completed by the time the sun sets tonight and four very weary bowlers finish their VERY long game of Pairs played on EVERY green in Wiltshire. 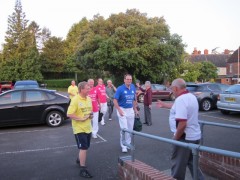 Welcome to Devizes BC 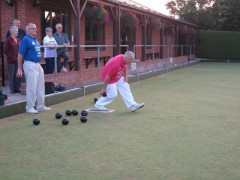 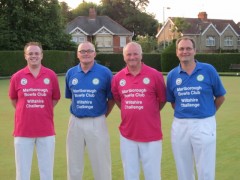 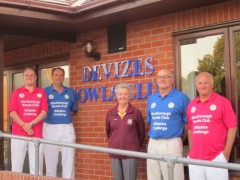 The Four with President Rosemary