The Last 8 of the BW Ladies Pairs Championship was held at Bradford on Avon on Saturday 12th July. In the morning the four games resulted in one of the two Devizes pairs winning against one of the Wootton Bassett pairs – Charlie Harding and Doreen Croucher – and progressing to play against the Warminster Pair who had beaten the young Smith sisters, Katy and Lucy, from Wootton Bassett. The Winners in 2013 – Alex Jacobs and Sue Cooke – lost to a Pair from Chippenham Town who progressed to play against the Stratton Churchway Pair who beat the other Devizes pair – Sue Long and Patricia Reeves.

The Semi Finals were played in the afternoon and the winners were Bev Lilley and Sheila Garlick of Devizes who won 20-15 against Jo Dunford and Sue Burgess from Warminster and Janet Willis and Jacki Pearce from Stratton Churchway who beat the Chippenham Town pair, Barbara Land and Viv Baskerville. 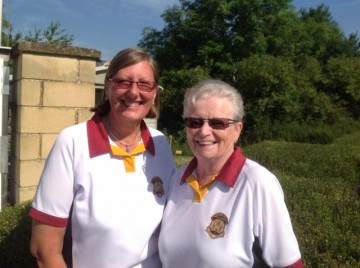 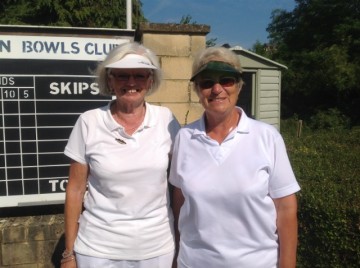