You would not think it was possible and it is always tough when you lose a match on an extra end but yesterday it happened TWICE!! The two 4s from Holt both lost in their First Round games in the National Finals at Leamington by 1 shot on an extra end!! 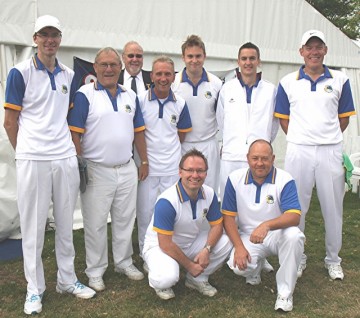 The Holt 4s with President Dave in the background