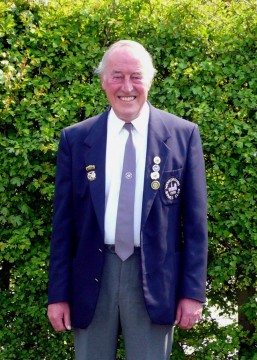 “Bill was one of the founder members of the Bowls Club and was elected Chairman soon after its formation in 1999, a position he held until his untimely death. He was tireless in his work for the club, representing our views to the parish council, chairing committee meetings and becoming involved in all aspects of club life.” Brian Clarke Dec 2013

His widow, Hilda, arranged for a summerhouse to be built at the club in Hoopers Field in his memory.

The annual Charity event, renamed in honour of the former chairman, was held on Sunday 31st August. The day started with the official opening of the summer house after a few words from the current Chairman, Chairman of the Parish Council and Hilda Suter.

As part of the event, Hilda donated a new trophy, which was awarded to Deanne Davis, Martin Pribyl, Alex Rennie and Mike Smith. 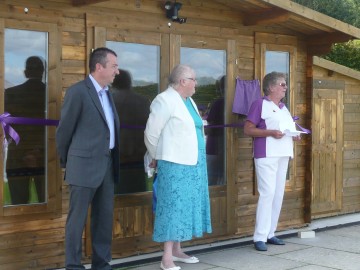 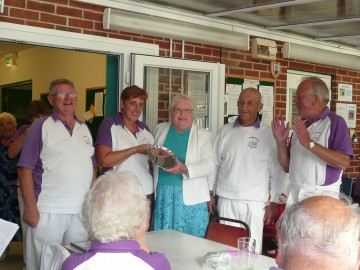