The BW AGM was held at Devizes BC and was attended by delegates from 32 of the 50 clubs in the County. The P&E Committee was re elected en bloc and an Honorary Life Membership certificate and flash was presented to Dave Richards, the outgoing BWM President. June Corbett, BW Chairperson, thanked him for his commitment and hard work throughout the busy Centenary Year. She also thanked the BWL Committee and Past Presidents for their work in overcoming the sad loss of Pauline Watson who would have been the BWL President in 2014. The incoming BWL President, Joyce Little , was presented with the brand new chain of office by Margaret Annetts. She also received her pocket badge but the BWM President, Richard Gardiner, will receive his at the April Management Meeting as he was unable to attend the AGM.

Trophies were presented by Adie Lloyd to the Winners and Runners up in the BW Competitions. 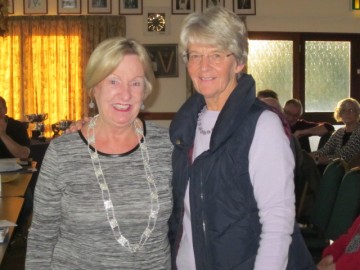 Margaret presented the new chain of office to Joyce 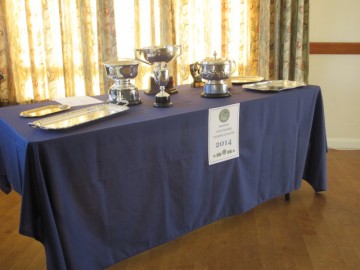