The BWL Pairs Competitions were held this weekend – 13th & 14th June – at Chippenham Town BC.

The Ladies Competition had reached the Last 8 stage with the four winners from the North playing the four from the South of the County. The Quarter Finals were played in the morning and the Semi Finals were then between Lesley Trattles & Dawn Toomer from Wilton and Janice Bull & Rose Ellis from Amesbury,  with Lesley & Dawn emerging as the winners, and Sue Ochyra & Rose Merritt from Devizes and Janet Willis & Jackie Pearce from Stratton Churchway – this one going to an extra end which was won by Janet & Jackie.

In the Under 25 Pairs Competition there were only 4 entrants so the Semi Finals and Finals were both played on Sunday 14th. The Final was between the Smith sisters, Katy & Lucy, and Georgina Newman & Kara Little with Katy & Lucy finishing as the winners.

Thank you to all at Chippenham Town BC for the use of their green and to all who helped to make these two days a success. The help and co operation of BW Clubs is greatly appreciated by the County Officers who organise and run these competitions – the refreshment and hospitality is a very welcome part of an often very long day. We must also thank all our County Umpires for the essential service they supply on these important days. 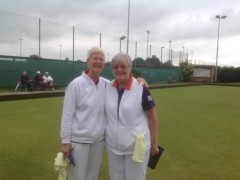 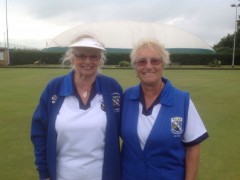 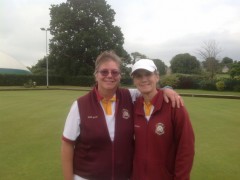 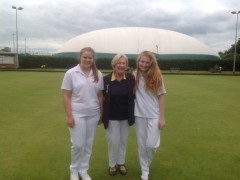 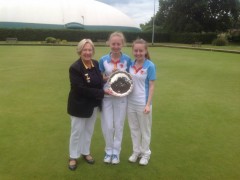 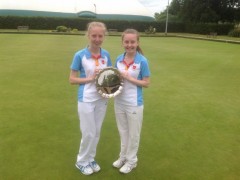 Katy & Lucy with the trophy