On Tuesday evening 16th June Devizes BC hosted an Open Evening for the staff of the local Sainsburys. The club has had a close working relationship with the store for a number of years owing to the fact that two of the Club members work for the company. The Sainsbury folk were keen to ‘have a go’ at Bowls so an evening was arranged and several Devizes BC members gave up their time to assist them on the green. There were several comments along the lines of ‘It’s more difficult than it looks’ and’There is more to it than I thought’ but there were a few potentially good deliveries on show so maybe the Club will attract some new members as a result of this social occasion.

This very successful and worthwhile evening was rounded off with a Fish & Chip Supper and, of course, the bar was open !! 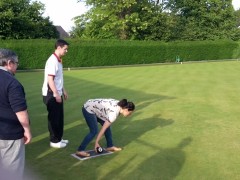 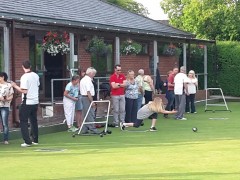 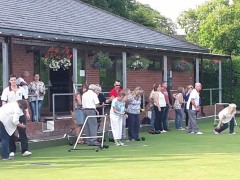 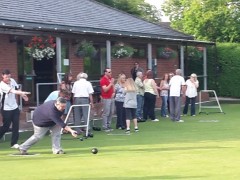 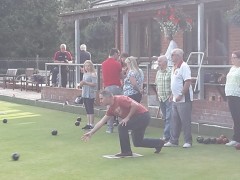 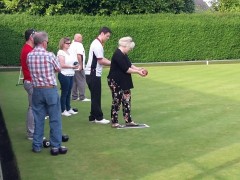