In today’s BW Ladies National Singles played at Holt BC Bev Lilley from Devizes and Ann Roberts-Phare won their quarter final and semi-final matches to qualify to represent the County at the BE National Finals to be held at Royal Leamington Spa in August.

In this mornings quarter final Bev defeated Sue Cooks (Box) in a close match winning 21 – 20 before going on to beat Kathryn Yeoman (Box) 21 – 14 in this afternoons semi-final. Kathryn had won her quarter final 21 – 20 against Sheila Garlick (Devizes). 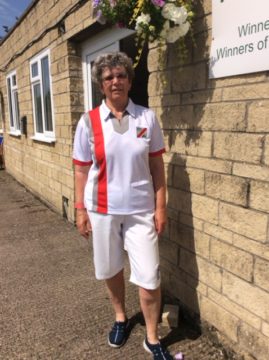