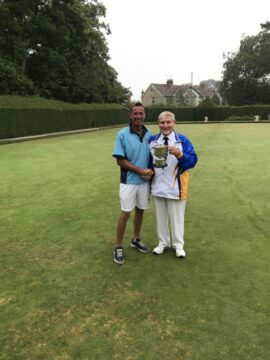 Graham Shadwell (Spencer Moulton BC) beat Wayne Snook (Holt) in the Final of the Men’s National Championship Singles played at Devizes. Having beaten Tom Warner (Salisbury BC) in the semi-final 21 – 15 he went on to win the final 21 – 11. This is the first time Graham has won the Singles since 1991 when he was playing at Trowbridge Westbourne.