Zoe Fletcher and Alfie Holland joined around 70 juniors representing 28 counties who took to the greens at Royal Leamington Spa the venue for the Commonwealth Games at the end of July. They all played four singles matches and a triples match over the course of the day.  Off the green there were some workshops aimed to support personal development covering sports psychology, social media and online safety.

Both Alfie and Zoe played very well and were a credit to the county.  They had a fantastic day, winning several of their singles matches against some stiff competition. 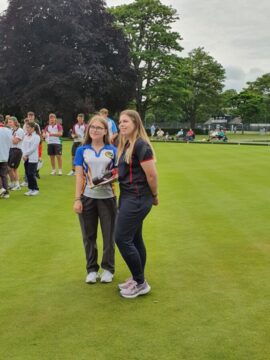 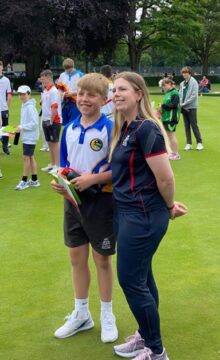 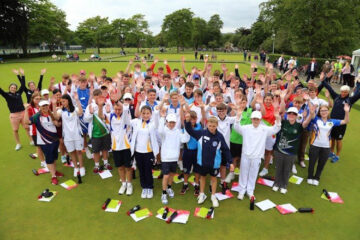