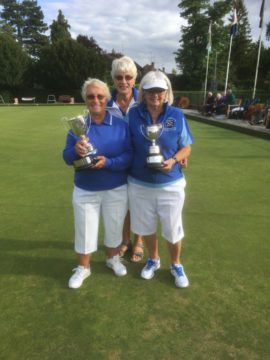 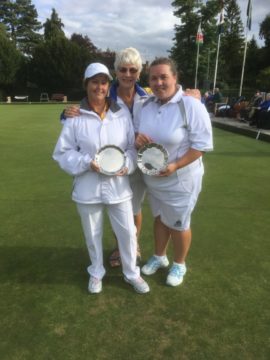 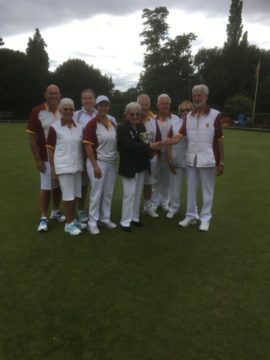 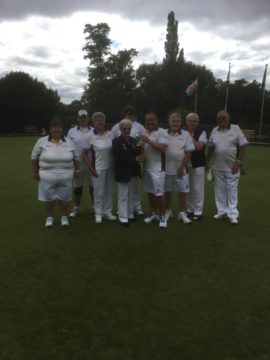 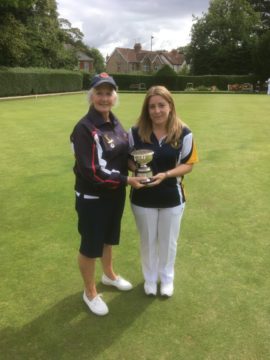 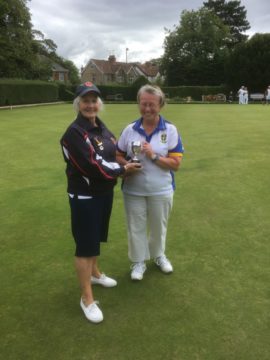 Janice Bull of Amesbury BC this morning won the BW Ladies Champion of Champion when she defeated Patricia Murray of Royal Wootton Bassett BC 21 – 17 at Devizes BC. 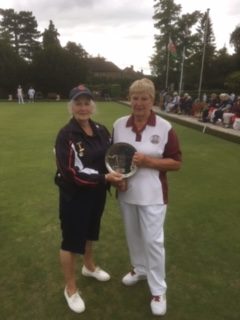 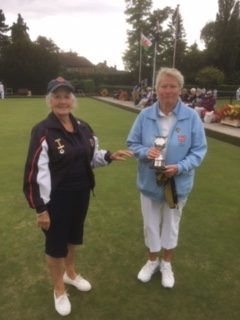 Surrey’s Camberley BC have won the 2019 Tony Allcock Trophy, supported by the Friends of English Bowling.

They defeated Box BC from Wiltshire 42-36 in this afternoon’s final at Victoria Park, Royal Leamington Spa.

Box were in control in the opening stages of the match with Nick Grenfell’s rink leading 15-2, before a remarkable run in the second half of the contest by Camberley’s David McCallum’s quartet to ensure a 21-21 draw.

Camberley BC enjoyed a 39-33 defeat of Brimfield & Little Hereford BC, Herefordshire in the semi-final, with Box BC reaching the final with a two-shot victory over Sussex’s Eastbourne BC.

It is the second time that Surrey has enjoyed success in the Tony Allcock Trophy after Supreme BC secured the inaugural event in 2011.

Paul Pope (Swindon North End) and Mick Tyler (Amesbury) will play in the Men’s Champion of Champion final next Sunday at Devizes BC.