David Godwin and Paul Macdonald edged out the Westlecot duo of Mike Jackson and Mel Biggs, who won the pairs last year, in a thrilling end to the Pairs Championship Final. The Chippenham Town pair were 3 shots behind on the last end but managed to square the game with the last bowl to send the game into an extra end.

After a tight final end, it was Godwin and Macdonald who prevailed to clinch the one shot win 16-15. 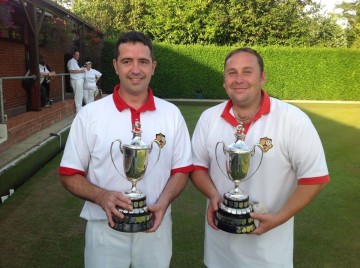