Although the forecast was not very promising the BWL Fours Last 8 matches were played in good weather and the Amesbury green appeared to be bowling really well despite the heavy overnight rain.

The Quarter Finals resulted in the Purton Four, skipped by Alison  Fail, going on to play the Four from Wootton Bassett, skipped by Pat Edmonds, in one Semi Final and the Alderbury Four, skipped by Mo Woolley, meeting Linda Kingston’s Highworth Four in the other.

In the Semi Finals Purton and Highworth were the winners and will play in the Final at the BWL Finals Day on Saturday July 26th at Westlecot BC. They will also represent Bowls Wiltshire at Leamington in August.

Our thanks to Amesbury BC for hosting the games and for providing their usual, very welcome hospitality. Also to the BWL Officers – Jean and Janet –  who acted as Controllers for this Competition. 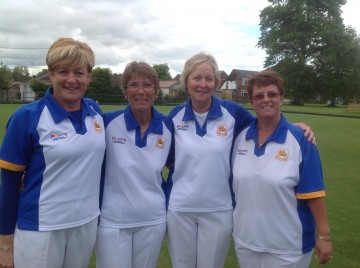 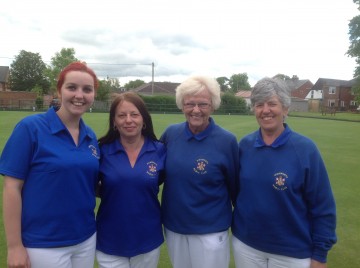