Approximately 80 people attended and the weather was relatively kind which allowed the bowling to go ahead as planned.

After 3 games which were punctuated by breaks for lunch and a glass of Pimms there was a very enjoyable meal which was well received by all.

Joyce thanked took the opportunity to thank and recognize all the people who have helped her in her bowling life and during her year as President. She also gave great credit to Devizes BC and especially to everyone who had helped her to make the day a success. 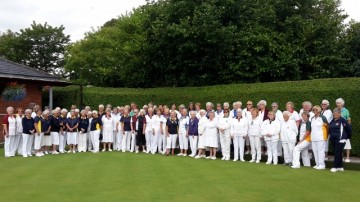 Joyce and her guests 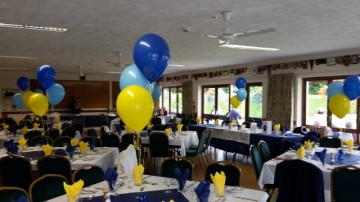 The room was looking good in BW colours 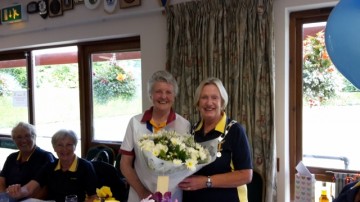 Flowers from Devizes BC presented by President Rosemary