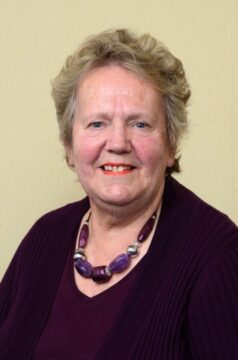 Bowls England is delighted to announce that Norma Hazzledine has been awarded an MBE in Her Majesty The Queen’s Birthday Honours List for 2021. Norma has been a tireless servant of bowls and this award, for her services to sport, is just recognition for 31 years working towards true equality for women, as well as opportunities for younger people.

“I am absolutely astounded but so excited and thrilled with the honour,” Norma said.

“Bowls offered me a chance to achieve something special and I love the game. The sport has so much to offer.”

Bowls England Chair David Tucker was effusive in his praise of Norma, stating: “Norma has truly been a pioneer for our sport, and we’re so pleased and proud she’s been recognised in this way. She is an inspirational member of the bowls world, and I am delighted for her and her family.”

He added: “Her indefatigable work striving for equality has made the sport in this country what it is today. Every medal our women win at a Commonwealth Games is partly down to her drive and will; her determination to create opportunities for all women.”

Norma was an accomplished England International, who collected 24 caps between 1994 and 2000, but it was away from the green, however, that she had the greatest impact for her sport. A trailblazer, Norma has fought for equality for everyone in bowls, regardless of age or gender.

“We’re a long way down the road. We’ve moved on so far from the days when I started. Progress was achieved by stealth – but eventually it become obvious to everyone that by coming together, Men’s and Women’s bowls could be much stronger. It just needed the will to make it succeed.”

This sense of purpose is reflected in many of the stories she tells, recalling a trip to Lord’s and her determination to walk through the Long Room “just because I can.”

And no-one has done more in that pursuit than Norma.

Upon taking up the sport in the late 1980s, Norma immediately realized there was a problem with the structure of her local county’s competitions. “All the competitions were during the day – there was no appreciation of the time constraints of work.”

Norma formed Derbyshire County Women’s Bowls Association in 1989 and immediately developed a competition structure that enabled working and young women in education to play competitive bowls at the highest level. In recognition of the accomplishment, Derbyshire won the National Singles event at the English National Finals in their first competitive year. “It was so worthwhile, and by setting up the new association it gave a whole raft of women an opportunity to flourish.”

As her playing career blossomed, she began to expand her horizons – determined to continue improving the sport for all. “I was lucky,” Norma feels, “because I learnt the game by playing mixed leagues, which expanded my abilities. Whilst I admired the people running the women’s game immensely, I knew I had to try to drag things into the 20th Century if the women’s game was going to improve and be taken more seriously.”

After a spell as EWBA President in 1994, she played a pivotal role in the successful staging of the 1996 Women’s World Bowls Championships, which included introducing the first computerized scoring system in the UK. And, perhaps most proudly, she took on the role of Competition Manager for the Manchester Commonwealth Games in 2002.

“I retired from playing at international level before I was dropped!” Norma graciously jokes. “I think contributing to the Games is probably my greatest achievement, which is a difficult thing to say. But I just could not get it wrong – on that stage, needing to deliver a programme that truly showcased our sport – I had to get it right.”

This penchant for running events would see her become Director of International Events on the Bowls England Board in 2009, but not before a four-year stint as Chair of the English Bowls Youth Development scheme.

“The sense of community [that bowls offers] is not just limited to older people. Our junior teams support each other just as much – I remember when one of their captains had cancer, a group of the younger players got together and produced a topless calendar to raise money for Cancer Research. Our sport is so caring.”

Norma’s commitment to youth development also saw her play a key role in the setting up of a Youth Development pathway – providing coaching, tournaments and an international test series for Under 18s.

As David Tucker commented: “It should not be overlooked that she also spent much time increasing youth participation in the sport as well. As the average age of our Commonwealth Games squad, 33, shows – there’s an appetite for our sport amongst younger people, which Norma has long recognised and encouraged.”

Time and time again, we come back to the topic that has dominated people’s lives over the past 15 months. “To have somewhere to go, have a drink and a laugh, play some sport, enjoy some fresh air – it’s always been important, but particularly now after COVID.” She wants people to see the sport as she does. “The bowls world is so supportive. Everyone was wonderful when my husband developed dementia. They used to offer to look after him so I could get on with other things, even if I just wanted to have a quick game. I was profoundly touched.”

Her time on the Bowls England board was trophy-laden, with three gold, four silver and seven bronze medals secured in three Commonwealth Games’ cycles.

And now she has been rightly awarded an MBE. “I thought it was a scam! It came via email, and it didn’t seem right – but the Cabinet Officer quickly confirmed it was genuine.” Her infectious sense of fun, her love of the sport and her fiery determination & commitment make her one of the finest ambassadors bowls could wish for. And despite retiring from the Bowls England Board in 2018, when she was honoured with Life Membership, that fire still burns brightly.

“COVID has shown us the importance of getting outside, being active and staying sociable. Our sport offers that and so much more. I’m even more enthusiastic about the future than I was 25 years ago.”

Brief summary of Norma’s roles in the sport of Bowls
1988: Formed Derbyshire County Women’s Bowls Association – competition structure set up to enable working and young women to participate in competitions

1997-2008: Headed Tournament Office at the EWBA National Championships on the death of Mavis Steele, MBE

1998-present: Secretary/Treasurer, Association of Women Past Presidents of England.