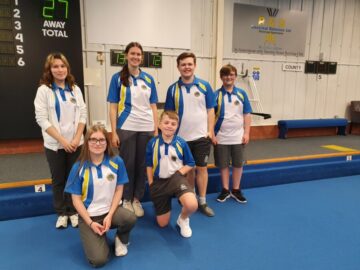 Six young Wiltshire bowlers travelled to Taunton recently to play Devon in the EIBA National U18 Two Triples competition. A very competitive game was played by both triples with the game tied with two ends left to play. The eventual outcome was a narrow win for Devon by 5 shots.

The players, participants in the fledgling Wiltshire Bowls Youth Academy, which will launch later this year, represented Wiltshire extremely well, and now look forward to the next game in the series, against Somerset at Dolphin IBC, next weekend.