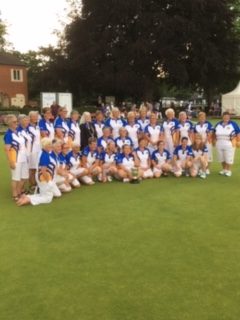 In the first match the scores were:

In the second match the scores were:

The Wiltshire ladies now await the winner of the Eastern section on Sunday 18 August. The possible opponents are Leicestershire, Northamptonshire or Huntingdonshire (who had beaten Essex in the semi final). 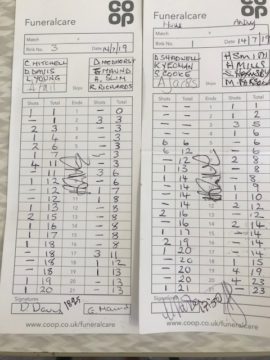 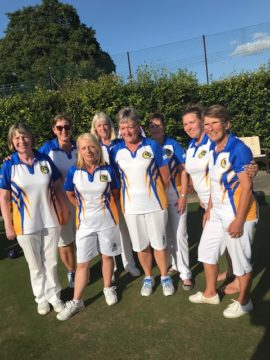 What a day, right down to the very last wood.

We started very well and then were pegged back with two rinks dropping a 7.  There were eventually two rinks left on the green, the scores tied with only two ends to play – one end per rink. Alex Jacobs bowled her last wood and picked up one shot.  We are now one shot up but Alison Fail is one shot down on the rink, she bowled her last wood, a pressure wood, to get shot giving us an overall win of two shots!! 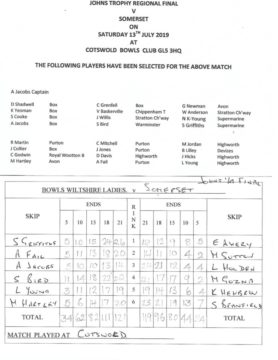 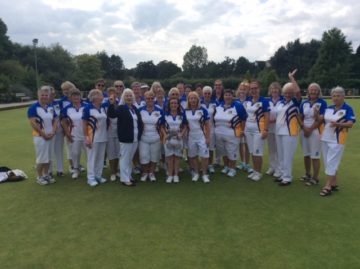 BW Ladies take on Worcestershire in the Regional Finals of the Walker Cup being played this Sunday the 7th July at 10.00am.

Below is the squad from which the team will be selected from.

Playing Dorset at Gillingham today Bowls Wiltshire Ladies secured their place in the Regional Final when they defeated Dorset 128 shots to 111 so finishing top of the West A.

Thy will now play Somerset next Saturday, the venue to be confirmed. 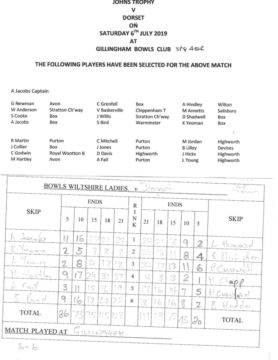 Bowls Wiltshire Ladies were successful today in the Walker Cup quarter final when they defeated Herefordshire at Cotswold BC.

The game was close throughout with BWL winning the match by 5 shots. 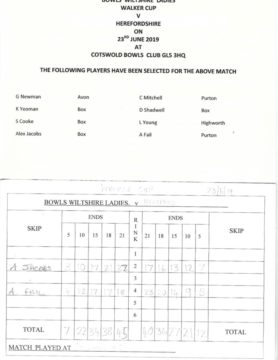 Bowls Wiltshire Ladies had a resounding win away to Warwickshire in their second John’s Trophy match leaving them top of their group by 13 points, with one match to play against Dorset on July 6th. 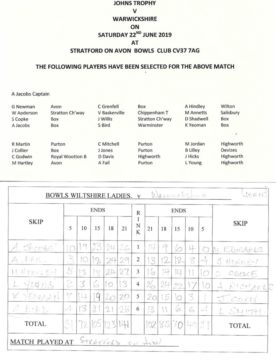