The Bowls Wiltshire Executive have decide to postpone the Management Meeting, scheduled for this Saturday the 4th December until Saturday 5th February.

The committee felt that with the continuing high rated of covid infections and the uncertainty around the new variant that it was in everyone’s interest to postpone the meeting.

Whether you’re looking for a new challenge next year, a chance to get competitive with your friends, getting out and about again following a tough 18 months or you just want to experience the thrill of winning, then these open competitions are perfect for you.

In order to get more people playing, if you enter before Friday 17th December at 5pm, you will receive a discount on your entry! After that date, prices will return to last season’s level.

You can learn more about each competition via the buttons below, or head straight to our online portal to enter.

We’ve also put together this handy FAQ for any questions you may. 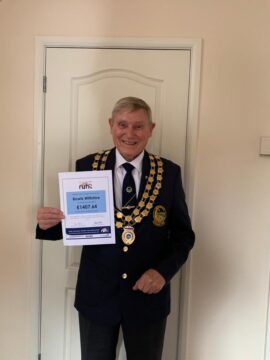 I would like to thank the County tourists for raising£1212 for my charity Forever Friends RUH Cancer Research a fantastic amount also thanks to Avon Bowls Captains Day for enhancing the amount a further £134 In total I was able to hand over to the For Ever Friends a very impressive amount of £1407.64 which enabled me to surpass my target of £5000 Thanks to every one that contributed very much appreciated

Hedley was appointed Manager in 2011, and led the team to comprehensive victories in the British Isles series in both 2013 and 2014. He also provided support to the Commonwealth Games squad for Glasgow 2014.

Current England star Jamie Chestney, who was made captain of the junior team by Hedley for the 2011 series and worked closely with him ahead of Glasgow, paid tribute to him.

Jamie said: “Hedley was a very intelligent man and a great influence on my career. I learnt such a lot from him, especially regarding the psychology of the sport. Whilst hugely competitive, he was also great to just have a beer and a chat with. I’m very sorry to hear of his loss.”

In addition to Jamie, several other members of the junior teams managed by Hedley have moved on to higher honours including Jamie’s fellow performance squad members Sam Tolchard, Louis Ridout and Jamie Walker.

Hedley however was not just influential on the international stage.

He was a member of the Bowls England Development Committee for several years, and combined this role with tireless work for his own club, Royal Wootton Bassett BC (where he was made a life member) and also Bowls Wiltshire.

On the playing front, Hedley won many county honours and narrowly missed out in the final of the National Triples in 1989.

Hedley hailed from Llanelli and began playing bowls in 1971 in Llanelli before work brought him across the Severn Bridge – and whilst he was fully committed to England on the bowls green there was no doubting his Welsh heritage should the two countries meet on the rugby pitch.

Our thoughts are with wife Carol and his family at this time. 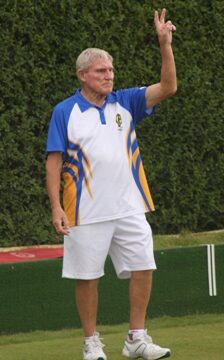 The Bowls Wiltshire Men’s President, John Crowder and thirty-five tourists visited Bournemouth for his 2021 tour. The accommodation was at the Mayfair Hotel, Bath Road Bournemouth. All tourist arrived at the hotel on Friday prior to travelling for the first match at Knyveton Gardens.

After each match the Ducks were presented to the highest losing Rink.

They were received with great pride.

The Mayfair Hotel was excellent, clean rooms and an excellent choice of food from the dinner menus. We were also well looked after by the staff including Manager, Tracie, Receptionist Carole and the Restaurant Manager Nikky.

The main purpose of the Tour is to raise money for the President’s Charity which was FOREVER FRIENDS AT THE ROYAL UNITED BATH. The money was raised through a Grand Raffle which took place after dinner on Sunday, money was raised through I.V.C’s (Involuntary Contributions), when tourists used the “F” word or the “W” word, when an incorrect bias was bowled and also many (read any) other action by tourist, when spotted by other tourists, who raised an I.V.C against them. 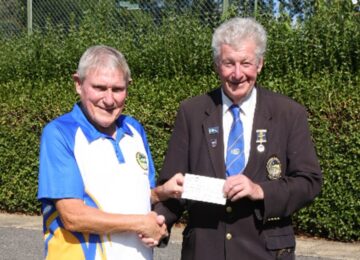 The 2021 Bournemouth Tour raised a grand Total of £1.200 for the President’s Charity.

Over the last 16 years the Tours have raised in excess of £10,000 for various Charities – a wonderful effort by all Tourists who have contributed. 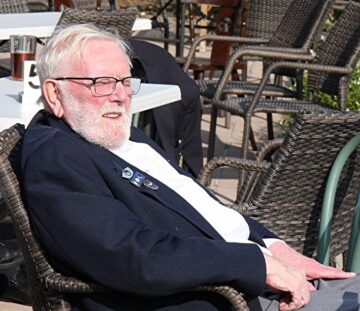 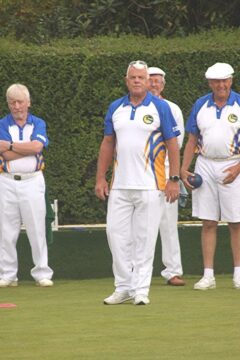 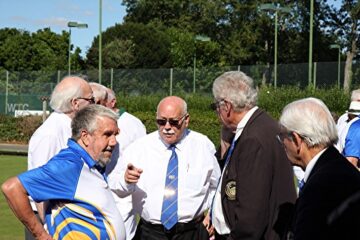 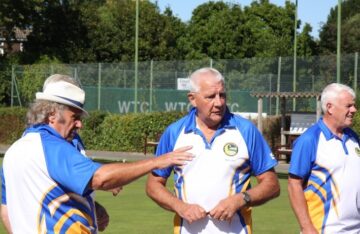 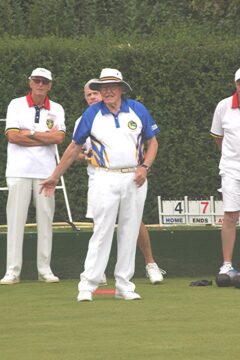 BW last game of the season was held at Chippenham Park on a very nice dry and warm day.

A very enjoyable game with BW just coming out on top 128 to 110. An excellent meal was provided and grateful thanks to all those who worked so hard in the kitchen and to the bar staff  for keeping us supplied with liquid refreshment.

It had been difficult getting a team together with Leamington and other competitions going on but June thanked all those who answered the call enabling a full team to play.

Fines were imposed and with the addition of a separate donation a grand sum of £52.50 was raised for the Wiltshire Air Ambulance. Superb result , many thanks for this.

Thank you Chippenham Park for all your hospitality, a day enjoyed by all.

Chris Mitchell of Purton BC had a good first day in the Ladies National 4 Bowls singles at the BE National Finals progressing to tomorrow’s Quarter Finals where she will play Ellie Last of Felixstowe & Suffolk BC.

In her First Round match Chris beat Leah Bamford from Canterbury BC 21 – 9 before defeating Katherine Hawes of Oxford City & County BC 21 – 12 in the second round.

Sadly Bowls Wiltshire’s other entry in the Ladies Singles was Katy Smith who sadly couldn’t repeat yesterday’s epic bowling when she was beaten in this mornings Preliminary Round losing to England International Stef Branfield 21 – 12.

There was no Men’s involvement at the finals today. 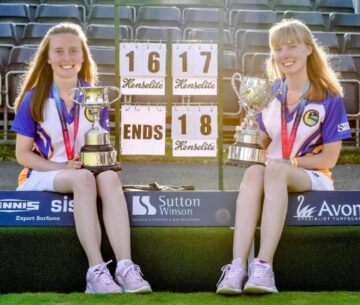 In the Preliminary round of the Ladies Pairs Sue Cooke & Alex Jacob beat Ashleigh Minter & Mo Hayes from Ashford Rail, Kent 23 – 5. In the First Round they went onto beat Sharon Kenny & Gail Hawke from Ottery St Mary Devon 20 – 19. In the First Round they were joined by Lucy & Katy Smith from Westlecot who came up against Debbie Hawker & Kirsty Hembrow of Ilminster, Devon17 – 8. There was mixed fortunes in this afternoons Second Round with Sue & Alex losing 21 – 7 to Devon Cooper & Rachel Tremlett of Royston Hertfordshire but Lucy & Katy had a convincing 21 – 4 win against Sigrid Thomas & Maureen Edwards from Thornfield Warwickshire. They now go on to play Tonia GannJaneen Quentin from Brentham Middlesex [n the Quarter Finals at 9.30am in the morning.